Faith to Action Network > What we do: our focus > Gender and Women’s Rights 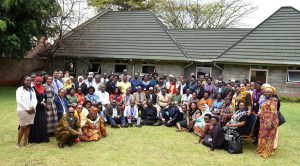 Increasing awareness of policies and norms on women’s rights: Often decision making suffers from accountability gaps, and resulting policies remain toothless paper tigers: For example, African Union policies are unknown to the public, who consequently cannot demand for their domestication at home. Faith to Action Network increases faith organisations’ knowledge and awareness of policies and empowers them to be powerful change agents challenging restrictive gender norms that constrain women’s rights.

Women’s agency in faith organisations: It’s complicated. The way in which some faith organisations provide women with a range of spiritual and social activities while at the same time delineating the ways in which they are expected to exercise their agency is complex. In the analysis of women’s agency and power, what becomes critical is not only whether women have opportunities for assuming leadership positions within faith organisations, but the conditions of their participation. Faith to Action Network encourages its members to develop institutional gender policies and provides technical support in drafting and applying them. 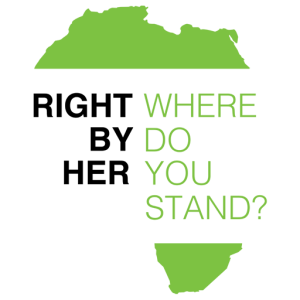 The #RightByHer campaign works across Africa to make women’s rights a reality.

For the first time, a unique coalition of youth-serving organizations, faith organizations, feminist groups and sexual and reproductive health and rights activists has come together to develop a joint campaign to promote women’s rights in Africa. The #RightByHer campaign works across Africa to make women’s rights a reality. We research the status of inequality, advocate for change, raise awareness, and empower civil society.