Faith to Action Network > What we do: our focus > Pluralism > in Kenya

Youth and Faith for Peace Project

In Kenya, Faith to Action Network has partnered with Kenya Muslim Youth Alliance (KMYA). The organisation’s project Youth and Faith for Peace Project (YFP): A Youth Led Peace building approach towards Countering Violent Extremism in Kenya aims to contribute to reduction of radicalisation and violent extremism in Mombasa and Kilifi counties. The project is responding to the problem of religious radicalisation and violent extremism in the counties along the Indian Ocean coast and Kenya's border with Somalia. The objectives of the project are to promote interreligious tolerance and cultural diversity with a view to contributing to reduction of violent extremism; promote peaceful coexistence through youth-led interfaith dialogues and actions; and to promote tolerance of intercultural and interfaith diversity.

In the first year, the project will be implemented in Mombasa and Kilifi Counties where incidents of violent attacks have been reported in the past. Further, the two counties have in the past seen incidents of violent riots following the assassination of radical clerics who had links with the Somalia based al-Shabaab militia.  Other forms of violence recorded in the two counties include attacks targeting Christian churches, attacks targeting Muslim religious leaders, and violence targeting law enforcement officers. Recruitment into violent militia groups, including al-Shabaab and the Mombasa Republican Council (MRC) have been recorded in the two counties.

Additionally, KMYA has done research work around CVE in the past 7 years. Some of their reports are We Don’t Trust Anyone which was produced in 2016 and The Plight and Status of Widows of the Jihadist in the Coast of Kenya. Therefore, the Alliance has a long track record in promoting tolerance and peaceful coexistence in Kenya.

As part of project preparations, a team from Faith to Action Network (F2A Network), Council of Anglican Provinces of Africa (CAPA), and African Council of Religious Leaders-Religions for Peace (ACRL-RfP) held technical assistance meetings with the KMYA team from 2 – 6 July 2018. Aspects of the mission were orienting the KMYA team to the grant requirements, EU rules and principles, quality and standards of documentation, and the contracting process. KMYA signed the sub-grant agreement in August 2018 and started implementing the project in September 2018. 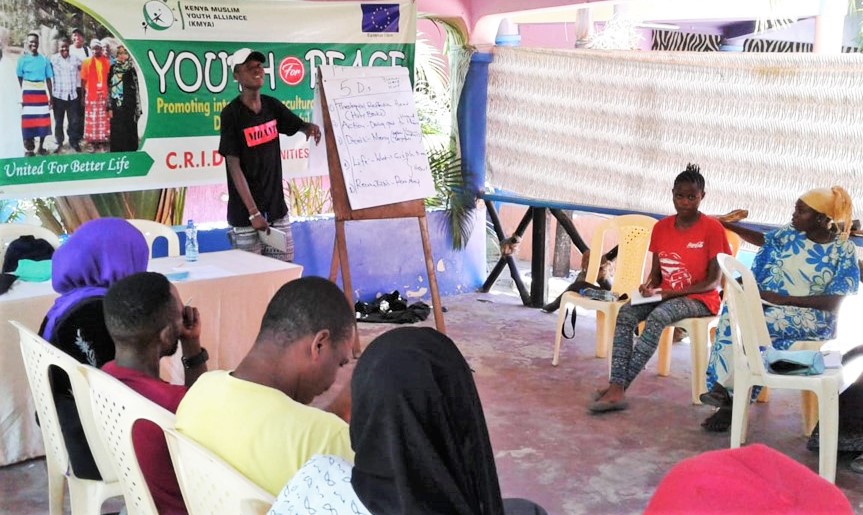 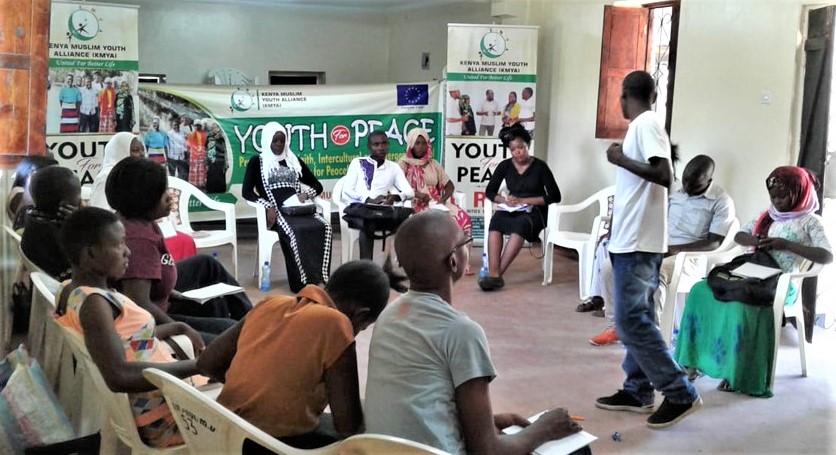 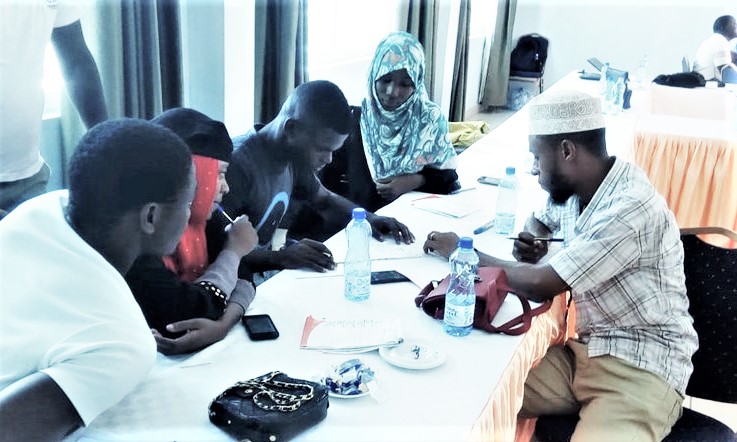 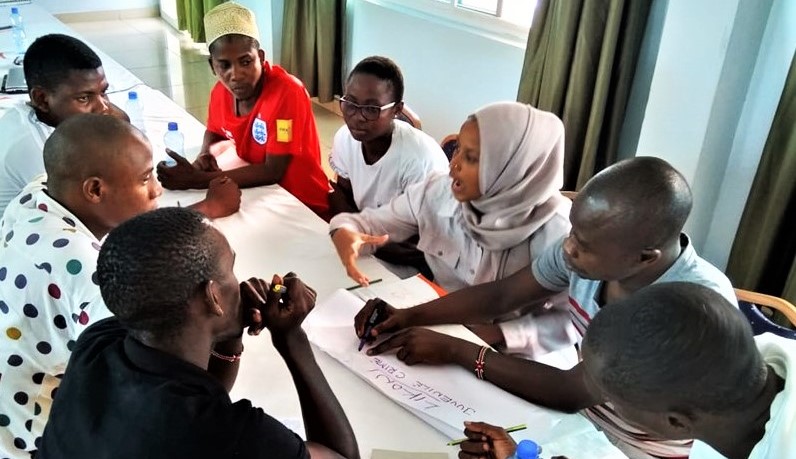 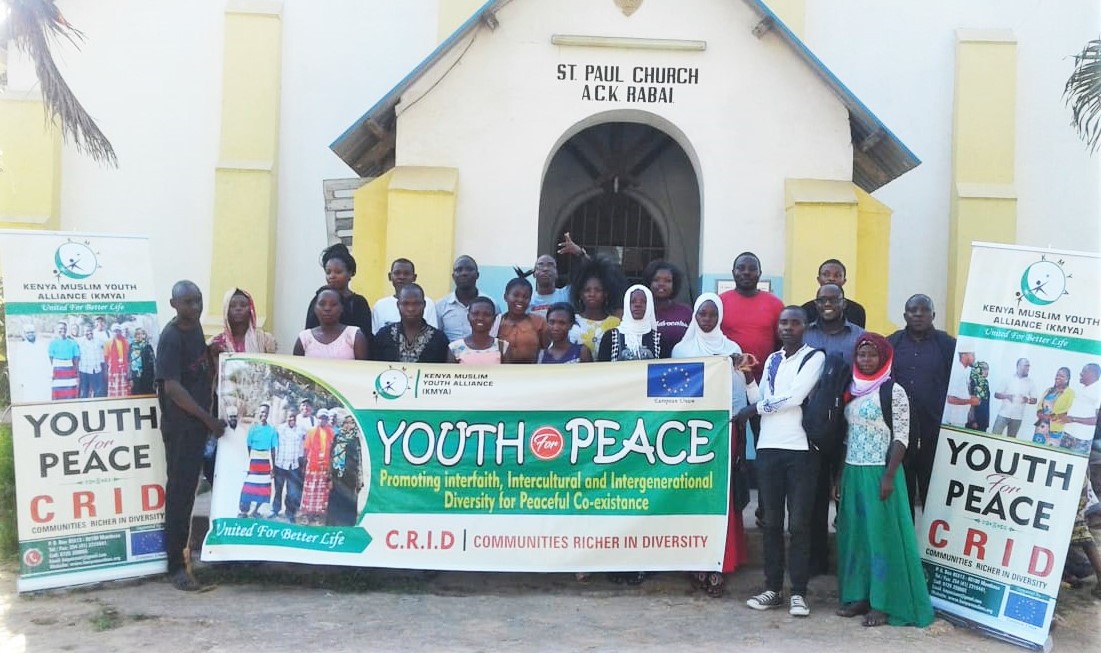 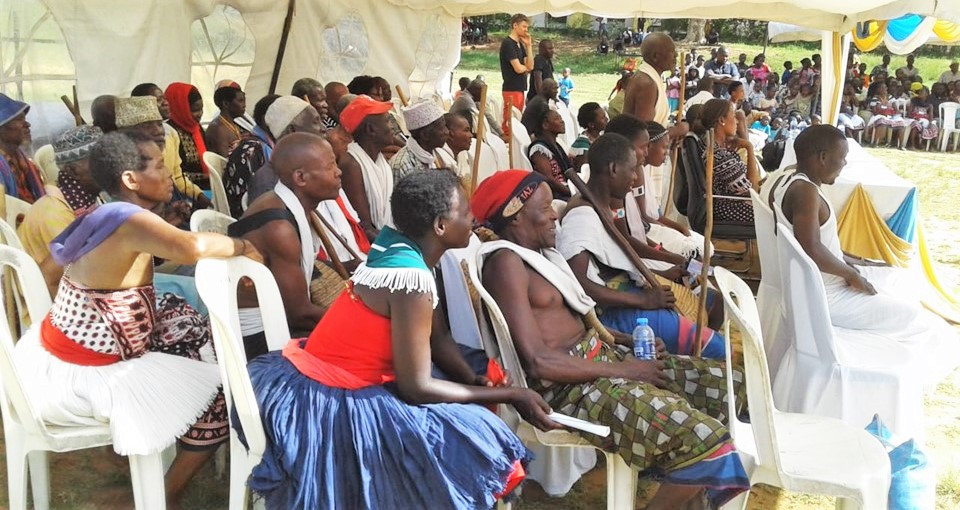 Most recent interfaith work in Kenya