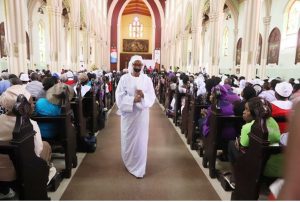 Harare, Lilongwe, Lusaka, SADC, 10 December 2019 (F2A) – We have partnered with ACT Ubumbano and the country forums of ACT Alliance in Malawi, Zambia and Zimbabwe to elevate faith voices in condemning violence against women and children. 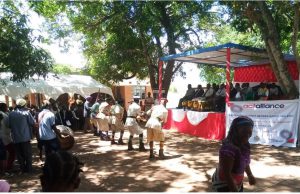 On the 12th of December 2019, ACT Alliance Malawi Forum mobilised the community of Karonga District and held a campaign meeting themed “Generation Equality Stands Against Rape and Sexual Harassment”. Participants discussed three new interfaith briefs recently developed by faith actors in the SADC region on sexual and reproductive health and rights, gender-based violence and teenage pregnancy. They emphasised faith actors’ roles in offering safe spaces for women and girls as members of the community.

In Zimbabwe, faith advocates organized contextual bible study sessions on gender-based violence in Bulawayo, Gweru and Masvingo. As part of ACT Zimbabwe’s “No Longer Silent campaign”, they encouraged faith leaders and congregants to raise their voices against gender-based violence and ensure the protection of women and girls. This action was led by an inter faith grouping called the Gender and Faith Network which includes Mainline Churches, Catholics, Pentecostals and the African Traditional Churches.

New cooperation to advance freedom of religion and belief “We can no longer be silent”- SADC’s faith community releases three interfaith briefs on sexual and reproductive health and rights, teenage pregnancy and gender-based violence.