Meeting recently in Johannesburg when the issue of sexual and gender-based violence (SGBV) is under the spotlight in South Africa, theologians from different countries in the Southern Africa region undertook to address sexual and reproductive health and rights (SRHR) more actively and effectively. Coming from diverse faith traditions, including African Traditional Religions, the Baha’i Faith, Christianity and Islam, they reflected on three Policy Briefs that address SRHR, teenage pregnancy and SGBV. The central themes of the three Policy Briefs emerged from a regional workshop that they held in July this year. 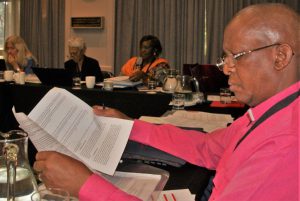 Participants reiterated that the sacred texts of the different religions are clear that human beings are created equal. They insisted that a careful interpretation of the sacred texts confirms that all human beings are to lead wholesome lives, free from harassment, discrimination and violence. Further, the theologians condemned the deployment of sacred texts to violate the rights of others, as well as to prevent some people from accessing knowledge, information and services relating to SRHR.

The three Policy Briefs are designed to enhance the advocacy efforts of religious leaders. Participants identified the different settings in which they will utilise the Policy Briefs in order to promote more effective SRHR engagement within the faith communities and beyond. These include in ongoing activities with the different groups, including adolescents, youth, women and men’s groups. The advocacy work on SRHR will also be at the community, national and regional levels. Christie van Zyl underscored the value of the Policy Briefs, highlighting the need for traditional spirituality to be recognised as a resource in addressing SRHR in Southern Africa. She said, “Traditional spirituality is key to successful SRHR outcomes in the region.” 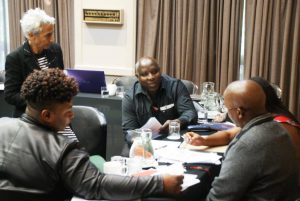 Rev Agustao Zitha of the Mozambique Council of Churches said, “We appreciate the importance of these Policy Briefs for ourselves in Mozambique, as well as for the regional Council of Churches.”  This point was reiterated by Lawrence Tsuro who asserted that, “As Muslims, we will utilise these Policy Briefs to achieve the best possible health outcomes for our families and communities.” Participants were unanimous in acknowledging the significance of the Policy Briefs to responding to SRHR in Southern Africa.

The theologians’ workshop was coordinated by ACT Ubumbano in partnership with Faith to Action Network, with facilitation by the World Council of Churches Ecumenical HIV and AIDS Initiatives and Advocacy (Southern Africa) and the Methodist Church of Southern Africa. Peter Munene of Faith to Action Network saluted the theologians for their creativity and dedication. He said, “By working together to develop these briefs across our different faith backgrounds, we have demonstrated that working together, the faith community is a formidable force in addressing SRHR issues in the region and beyond.”