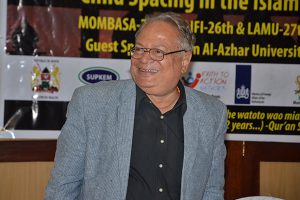 Faith to Action Network’s Vice Chairperson of the Steering Council, Prof. Ahmed Ragab, has been nominated for two-year membership position with reference group of FP2020 on faith issue, being a member of both IICPSR and f2a for two years.

Moreover, Prof. Ahmed Ragab, who besides his role as chairperson of the faith to action network, is a Consultant and Professor of Reproductive and Sexual Health at International Islamic Centre for Population Studies and Research, Al-Azhar University, has been nominated to the “Family Culture Committee” of the “Egyptian Family House” as the chairman.

The Egyptian Family House is an entity created in 2011 by the Al-Azhar Mosque and Coptic Orthodox Church and chaired by both the Grand Imam of Al-Azhar (His Excellency Professor Dr. Ahmed El-Tayeb) and the Pope of Alexandria Church (Pope Tawadros II) to ensure unity of Muslims and Christians in Egypt. The house also accommodates the Protestant and Catholic denominations and the Anglican Church as well.

The Family House has a mandate to interact with government ministers through its committees work. Taking the message of national unity to the grassroots is another mandate. The Imam-Priest Exchange is one of the most dynamic projects of the Egyptian Family House.