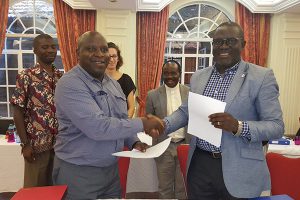 Faith to Action Network, together with representatives from seven other implementing partners, on 7 – 8 February 2017 in Nairobi, Kenya, attended a kick off meeting for the new, State of African Women’s Campaign, project focusing on women’s rights. The three-year advocacy, communication and awareness-raising campaign funded by the European Union will be implemented by eight partners with IPPF Africa Region as the lead beneficiary, Faith to Action Network, Young Women Christian Association of Kenya (YWCA), IPPF European Network, Royal Tropical Institute (KIT) and DSW as co-beneficiaries and Organization of African First Ladies in Africa (OAFLA) and GIZ as associates.
The campaign aims to influence legal and social norms on women’s rights through greater transparency as well as holding decision makers accountable for their policy commitments on women’s rights through a stronger civil society voice and meaningful participation in decision-making.
Speaking at the contracting ceremony, the Chairperson of Faith to Action Network, Canon Grace Kaiso welcomed the campaign noting that the campaign did “…a noble action to include faith leaders in setting the agenda for our continent, countries and communities.” He further retaliated that the time had come “…for our faith leaders to understand the language of continental, regional or country policy instruments in order to effectively participate in inclusion of values that benefit the ordinary persons in the community.” 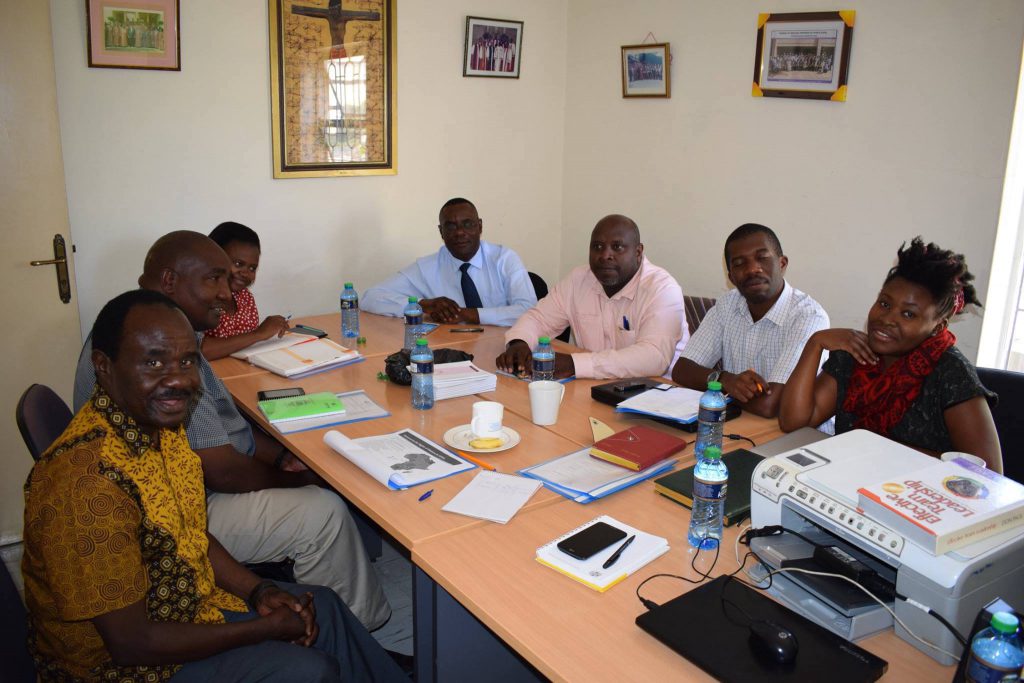 Faith constituent representatives at the planning meeting for the new European Union funded, ‘State of African Woman Campaign.’ The representatives were from the Faith to Action Network, Council of Anglican Provinces of Africa, Inter – Religious Council of Uganda, and OAIC.